November 20, 2020 by Elyse Lupin in Community Solutions • Grant Writing • In The Community

I am a History nerd.

For as long as I can remember, I have always loved the stories of the people, places and events that have shaped our nation and our world.

One of my all-time favorite figures from American history is Harriet Tubman – the bold, brave abolitionist and operator of the Underground Railroad who risked her own life to help over 70 people escape the ugly, bitter bonds of slavery.

Despite being an iconic, national hero, many from this area are not aware that Tubman was active in southern New Jersey – in the City of Cape May specifically, which she used as a headquarters for her secret network of routes by which dozens of slaves were transported to free states.

So closely linked are Cape May and Tubman that residents, stakeholders and local government officials have been working to establish the Harriet Tubman Museum in the City – a goal that was realized in September of this year when the museum opened with great celebration near the intersection of Lafayette and Franklin Streets, in the old parsonage house of the Macedonia Baptist Church.

The location of the museum is important, not just because it is housed in a space that is significant to the City’s rich African-American history, but because it is adjacent to the former Franklin Street School:  a segregated elementary school built in 1927 and used as such until 1948 when segregation was constitutionally banned in New Jersey.  Today, the school is a designated New Jersey African-American Historic Site.

Very early this year, Triad was engaged by the Cape May County Library to write a grant to obtain funding from the highly-competitive New Jersey Library Construction Bond Act to repurpose the Franklin Street School into a new public library for the City of Cape May and surrounding communities.

Because of my great affection for Harriet Tubman, I was truly excited and humbled to be asked by my boss, Mike Zumpino, to spearhead the application process and write the narratives that would tell, in a compelling way, the intersecting story of Cape May, its deep connection with African-American history, and the need for a new public library.

Working with a team of great professionals, volunteers and elected officials, Triad was able to help create an outstanding application that recently won the Cape May County Library system a $3.44 million award – one of just 38 awarded statewide! — to create at the Franklin Street School the destination library we all envisioned when we started on this journey nearly a year ago:  one that offers the services and programming expected in a contemporary library, while preserving and celebrating the notable African-American history of the region.  Though as of this writing the legislation making the appropriation for the grant must still be signed by the Governor, we are all optimistic that the award will be made official very soon.

If you would like to learn more about Harriet Tubman and her incredible connection to South Jersey, check out Cape May’s Harriet Tubman Museum online at https://www.harriettubmanmuseum.org/. 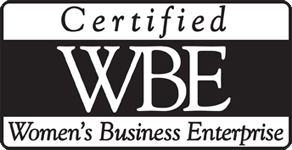